Pradyumna P. Karan, professor of geography at the University of Kentucky, is the author of "Japan in the Twentyfirst Century: Environment, Economy, and Society,"

Unryu Suganuma is associate professor of geography at J. F. Oberlin University in Tokyo and the author of "Sovereign Rights and Territorial Space in Sino-Japanese Relations. 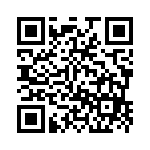