Tristan James Mabry is Lecturer in the Department of National Security Affairs at the Naval Postgraduate School. 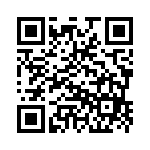