A thorough review, in an undramatic and unemotional way, of the many evidences of 'signs and wonders' in the worldwide church in the 1980s. Well written, with Scriptural reference where necessary, and ... Read full review

Page 240 - Beware, therefore, lest that come upon you which is spoken of in the prophets: ' Behold, ye despisers, and wonder, and perish ; for I work a work in your days, a work which ye shall in no wise believe, though a man declare it unto you.
Appears in 877 books from 1755-2008
Page 53 - In the evening I went very unwillingly to a society in Aldersgate Street, where one was reading Luther's preface to the Epistle to the Romans. About a quarter before nine, while he was describing the change which God works in the heart through faith in Christ, I felt my heart strangely warmed. I felt I did trust in Christ, Christ alone, for salvation; and an assurance was given me, that He had taken away my sins, even mine, and saved me from the law of sin and death.
Appears in 488 books from 1805-2008
More
Page 124 - Lord, Lord,' will enter the kingdom of heaven, but only he who does the will of my Father who is in heaven. Many will say to me on that day, 'Lord, Lord, did we not prophesy in your name, and in your name drive out demons and perform many miracles?' Then I will tell them plainly, 'I never knew you. Away from me, you evildoers!
Appears in 424 books from 1901-2008
Page 181 - About three in the morning, as we were continuing instant in prayer, the power of God came mightily upon us, insomuch that many cried out for exceeding joy, and many fell to the ground. As soon as we were recovered a little from that awe and amazement at the presence of his Majesty, we broke out with one voice, "We praise thee, O God; we acknowledge thee to be the Lord.
Appears in 135 books from 1797-2006
Page 82 - Dear friends, do not believe every spirit, but test the spirits to see whether they are from God, because many false prophets have gone out into the world.
Appears in 419 books from 1888-2008
Page 227 - For assuredly, I say to you, whoever says to this mountain, 'Be removed and be cast into the sea...
Appears in 403 books from 1883-2008
Page 86 - Eternal Light": Eternal Light! Eternal Light! How pure the soul must be When, placed within Thy searching sight, It shrinks not, but with calm delight Can live, and look on Thee!
Appears in 135 books from 1828-2007
Page 74 - What have you to do with us, Jesus of Nazareth? Have you come to destroy us? I know who you are, the Holy One of God.
Appears in 423 books from 1828-2008
Less

John White was born in Liverpool, England, on March 5, 1924, and grew up in Manchester. After serving as a reconnaissance photographer in the Fleet Air Arms during World War II, he completed medical training at Manchester University. He later participated in a variety of short-term missions efforts (including Bible smuggling!) and capitalized on many opportunities to encourage Christians behind the Iron Curtain during the beginning of the Cold War.

On June 25, 1955, White married Laureate May O'Hara. From 1955 to 1964 he served as a medical missionary with New Tribes Mission. Later he was appointed associate general secretary of the International Fellowship of Evangelical Students of Latin America.

White emigrated to Canada with his family in 1965 and later completed his residency in psychiatry in Winnipeg, Manitoba. He next filled the post of associate professor of psychiatry at the University of Manitoba and also served locally as pastor of Church of the Way.

He wrote 25 books as well as numerous articles and study guides. A much sought-after speaker, he lectured around the world at churches, conferences and leadership events. During his later life, White moved to Vancouver, British Columbia, helping to plant a Vineyard church there (Surrey Vineyard) and becoming involved in the larger Vineyard Christian Fellowship.

John White died in 2002, but his written ministry lives on, with over 1.5 million of his books in print. 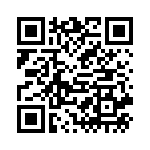