Although it was written in the 1970's, Murray Peden's masterwork succeeds and survives to this day by giving us youngsters an insider's look at life as a front line WW2 bomber pilot. Peden's book is ... Read full review

One of the best memiors I've read about the European bombing campaign. And one of the few I've read from the RAF night bombing perspective. Peaden walks you through the whole training program he went ... Read full review

Page 15 - YESTERDAY This Day's Madness did prepare; TO-MORROW'S Silence, Triumph, or Despair: Drink! for you know not whence you came, nor why: Drink! for you know not why you go, nor where.
Appears in 291 books from 1868-2008
Page 1 - Little remains : but every hour is saved From that eternal silence, something more, A bringer of new things ; and vile it were For some three suns to store and hoard myself...
Appears in 862 books from 1803-2008

Murray Peden was the first Chairman of the Manitoba Securities Commission. A bestselling author, his articles have appeared in aviation magazines and newspapers in Canada, England, and the United States. He was a bomber pilot in World War II, and his autobiography has been hailed as one of the finest war memoirs ever written. 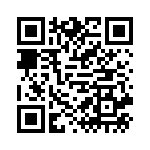