Page 9
... the first four trumpets are simply called trumpets , because they were only to
announce the predatory incursions of the barbarian nations , those visitations of
God mercifully intended to remind the church of the peace and tranquility she had
...
Page 224
The Romans had also their festivals , and one in particular , which they called “
Quinquatria . " This was a festival of five days , as the name imports . In like
manner , the republic has appointed a festival of five days , and called it les Sans
...
Page 271
But to remove all doubt upon this point , the vials are expressly called * “ the last
plagues . ” They are to be “ full of the wrath of God , who liveth for ever and evert .
” And we are y part of holy who reason to beliau be pourtold. * Rev . xv . 1 .
Page 324
day of the coming of Jesus Christ , with all power and Glory : for , in many
passages of the New Testament , Christ is called God , and he himself assumes
the name of THE ALMIGHTY ; t and the prophet , when describing his coming ,
and the ...
Page 379
... some of whom “ he called in at the first hour , others at the third , « and the sixth
, and the ninth , and the eleventh : " and when at night he called them in to
receive “ their reward , he paid those that came at the eleto venth and last hour
first ...
Next »

Page 327 - For since by man came death, by man came also the resurrection of the dead. For as in Adam all die, even so in Christ shall all be made alive. But every man in his own order: Christ the first fruits; afterward they that are Christ's at his coming.
Appears in 1104 books from 1181-2008
Page 37 - And I saw another mighty angel come down from heaven, clothed with a cloud: and a rainbow was upon his head, and his face was as it were the sun, and his feet as pillars of fire...
Appears in 928 books from 1706-2008
More
Page 335 - With whom the kings of the earth have committed fornication, and the inhabitants of the earth have been made drunk with the wine of her fornication.
Appears in 979 books from 1724-2008
Page 48 - And when they shall have finished their testimony, the beast that ascendeth out of the bottomless pit shall make war against them, and shall overcome them, and kill them. 8 And their dead bodies shall lie in the street of the great city, which spiritually is called Sodom and Egypt, where also our Lord was crucified.
Appears in 1154 books from 1755-2008
Page 270 - And the great city was divided into three parts, and the cities of the nations fell ; and great Babylon came in remembrance before God, to give unto her the cup of the wine of the fierceness of his wrath.
Appears in 886 books from 1181-2008
Page 48 - And I will give power unto my two witnesses, and they shall prophesy a thousand two hundred and threescore days, clothed in sackcloth.
Appears in 864 books from 1644-2008
Page 335 - And the woman was arrayed in purple and scarlet colour, and decked with gold and precious stones and pearls, having a golden cup in her hand full of abominations and filthiness of her fornication: And upon her forehead was a name written, MYSTERY, BABYLON THE GREAT, THE MOTHER OF HARLOTS AND ABOMINATIONS OF THE EARTH.
Appears in 1314 books from 1706-2008
Page 269 - And I heard a great voice out of the temple saying to the seven angels, Go your ways, and pour out the vials of the wrath of God upon the earth.
Appears in 631 books from 1181-2008
Page 193 - And he doeth great •wonders, so that he maketh fire come down from heaven on the earth in the sight of men, and deceiveth them that dwell on the earth by the means of those miracles which he had power to do in the sight of the beast...
Appears in 814 books from 1703-2008
Page 48 - But the court which is without the temple leave out, and measure it not; for it is given unto the Gentiles: and the holy city shall they tread under foot forty and two months.
Appears in 797 books from 1755-2008
Less 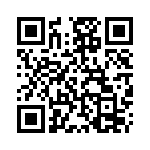