Page 26
On March 23 the 507th and 508th carried out a night drop that went perfectly to time and to target . Despite this , by the next morning neither regiment had dug in or properly organized for defense . The commanding officers of both ...
Page 46
Anyway , that night I reported to the MP Station in the Center of Ivybridge and a regular MP and I started our tour of duty at 6pm when the black engineers were coming in for their night on the town . All was going well until around 9pm ...
Page 48
It is hardly safe to walk on the streets at night even in the company of three or four others . Last night in Torquay a quartet of white soldiers was cornered by fifteen colored and beaten up in the dark . 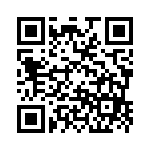