Page 1
1100 B. C. , there existed two great principal styles , the A style and the B style , possessing essentially the same types of ritual vessels , but differing widely in character , in decorative elements and in technique .
Page 3
On the other hand , if the Huai style had connected directly with the Yin - Chou style in one or other of the » randstaaten » , and there directly taken over the said Yin - Chou décor elements , it is nearly inconceivable that it could ...
Page 20
I. The Huai style has been proved , as a result of 0. Janse's studies , to be strongly influenced by the Hallstatt culture as revealed by » certain forms of socketed celts , antenna swords , lances , arrow heads , buttons and ornamental ... 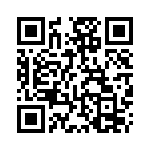