Page 56
Ltd. With Mr. Krishna Menon, I. P. S., former Inspector-General of Police in Kerala,
going back to his post, Mr. K. Ramanujam, former Assistant Inspector General of
Police, will work as Secretary of the Committee. The committee has already ...
Page 5
Intrusion of rules and regulations in this regard, in Mr. Tyagi's opinion, would
have a detrimental effect on the administration of the country. Mr. C. C. Desai, a
retired I. C. S. officer, who was Secretary to the Government both at the Centre
and in ...
Page 38
Mr. S. S., Khera I. C. S., Mines and Fuel Department Secretary, acted as the
Director of the conference. The conference discussed the following problems in
the light of the recommendations made by the Krishna Menon Committee of the ...

39 other sections not shown 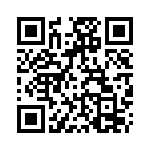