1837, and educated at the University of Aberdeen

and at New College, Edinburgh. He entered the

ministry of the Free Church of Scotland in 1866,

and later served as colleague and successor to Dr.

literature at New College, Edinburgh. His

other works include Bunyan Characters (1894) and

Lancelot Andrewes and his Private Devotions (1895). 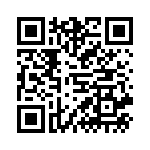