Page 164
VERNON MEREDITH GEDDY 1897-1952 Vernon Meredith Geddy, a prominent
attorney and leading figure in the life of Williamsburg for more than three
decades, died at his residence in James City County, Virginia, on October 18,
1952.
Page 175
1890-1953 William Hodges Mann, Jr., formerly Mayor of the City of Petersburg,
Virginia, and the son of the late Governor William Hodges Mann and Etta Edloe
Donnan Mann, who survives him, died after a brief illness at the Petersburg ...
Page 181
... Bathurst Daingerfield Peachy, Jr., Commonwealth's Attorney for the City of
Williamsburg and County of James City^and President of the Williamsburg Bar
Association, died on April 29, 1953, at his home "Milden Hall", in James City
County. 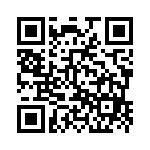