The Author: Vwadek P. Marciniak received his master's degree in political philosophy from Columbia University and his doctorate in early modern intellectual history from the University of Missouri. Under the name of Dick Martin, he taught in the Humanities Department at Michigan State University (1966-1992) where he also aided in the creation of the Whole Works and Contemporary Humanities programs as well as a course on England during the Enlightenment. 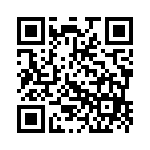