Page 196
Thus it is all the more astonishing , that hangings consisting of animal figures
were also found on the stomacher from the Katanda Kurgan . In any case , in the
Katanda Kurgan , we have to do with a form of clothing which , according to its
type ...
Page 199
With a little pedantry , one can differentiate : 1 ) A realistic Animal Style , which is
expressed , e.g. , by the running rams , in the tattooing . 2 ) A fantastic Animal
Style , which is found , e.g. , in the rest of the tattooing . 3 ) Master - craftsmanship
in ...
Page 200
who connected the Animal Style with particular wearers , namely with the
Europoids , as , on the other hand , in Strzygowski , % ) who brought the
appearance of abstract art , such as the geometrical tendril , into connection with
the Turks . 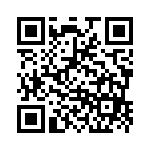