Page 44
In the 10th month ( Nov.2 - Dec.1 ) , Chin's Inspector of Yang province , Ying Ch'o , attacked Huan prefecture and burned vast quantities of ... A number of lesser provincial officials feared that their dishonesty would be discovered .
Page 142
On Nov.9 , 439 , he was made Chief Commandant of all military matters of Hsiang province in Hu - nan , appointed Inspector of that province , given the title of General Who Subdues the Caitiffs , and placed in charge of the Shih - t'ou ...
Page 152
They were stationed in Chiang province , K'uai - chi commandery , and Ching province respectively ( Sung shu 8 : 6a ... When on Feb.4 , he promoted the Inspector of Hsü province , Hsieh An - tu , to General Who Keeps the North in Peace ...

75 other sections not shown 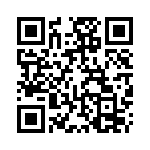