Page 189
a opinion before the war in concluding an alliance with France will remain an open question . It is , however , highly improbable that without a formal treaty , with a military convention attached to it , any French Government would ...
Page 216
But the plebiscites are a perfectly constitutional method of testing the mind of the electorate on any given question . It does not seem possible to reconcile them with the sobriety and effectiveness of responsible cabinet government .
Page 411
Colour Bar Act , 34 , 38 Augmentation Office , 131 Colour problem , 29 et seq . ; intermarriage question , 36 ; segregation , 40 Barnes , Rt . Hon . G. N. , 360 Indian question , 31 Beaconsfield , Lord ( Benjamin Disraeli ) , Labour ... 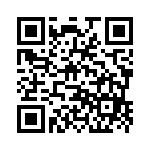