Page 18
... They have recently discovered a Muscovite , S. Golubev , discovered large mercury deposits which place subterranean reservoirs of fresh Algeria's reserves third in the world water deep in the heart of the ( after Spain and Italy ) .
Page 26
Bonn cluding , paradoxically , even its - new . had relied on Italy's refusal to sign Eastern policy ” . Whenever - Bonn as support for the West German needs a demonstration of American plan for sabotaging the treaty , with power in the ...
Page 91
Called “ Circus in Outer France , England , West Germany and Space ” , it will be a combined show the German Democratic Republic , of acrobatics and magic , with sput- Canada , the United States , Italy , niks , rockets and fireworks . 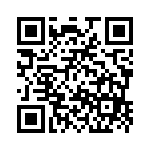