Page 32 - Consider the lilies of the field; they toil not, neither do they spin: yet Solomon in all his glory was not arrayed like one of these.
Appears in 666 books from 1707-2008
Page 158 - There are also celestial bodies, and bodies terrestrial; but the glory of the celestial is one, and the glory of the terrestrial is another.
Appears in 1000 books from 1703-2008
More
Page 75 - And there arose not a prophet since in Israel like unto Moses, whom the LORD knew face to face, in all the signs and the wonders, which the LORD sent him to do in the land of Egypt to...
Appears in 540 books from 1698-2008
Page 102 - And it came to pass, when Joshua was by Jericho, that he lifted up his eyes and looked, and, behold, there stood a man over against him with his sword drawn in his hand : and Joshua went unto him, and said unto him, Art thou for us, or for our adversaries ? and he said, Nay ; but as captain of the host of the LORD am I now come.
Appears in 536 books from 1800-2008
Page 142 - So they took the money, and did as they were taught; and this saying is commonly reported among the Jews until this day.
Appears in 614 books from 1701-2008
Page 90 - Behold, I have here at hand the fourth part of a shekel of silver: that will I give to the man of God, to tell us our way. 9 (Beforetime in Israel, when a man went to inquire of God, thus he spake, Come, and let us go to the seer: for he that is now called a Prophet was beforetime called a Seer.) 10 Then said Saul to his servant, Well said; come, let us go.
Appears in 485 books from 1734-2008
Page 114 - At what instant I shall speak concerning a nation, and concerning a kingdom, to pluck up, and to pull down, and to destroy it; if that nation against whom I have pronounced, turn from their evil, I will repent of the evil that I thought to do unto them.
Appears in 739 books from 1700-2008
Page 138 - And, behold, the veil of the temple was rent in twain from the top to the bottom; and the earth did quake, and the rocks rent...
Appears in 1379 books from 1688-2008
Less

Born to parents with Quaker leanings, Thomas Paine grew up amid modest circumstances in the rural environs of Thetford, England. As the recipient of what he termed "a good moral education and a tolerable stock of useful learning," little in Paine's early years seemed to suggest that he would one day rise to a stunning defense of American independence in such passionate and compelling works as Common Sense (1776) and The American Crisis essays (1776-83). Paine's early years were characterized by a constant struggle to remain financially solvent while pursuing a number of nonintellectual activities. Nevertheless, the young Paine read such Enlightenment theorists as Isaac Newton and John Locke and remained dedicated to the idea that education was a lifelong commitment. From 1753 to 1759, Paine worked alternately as a sailor, a staymaker, and a customs officer. Between 1759 and 1772, he married twice. His first wife died within a year of their marriage, and Paine separated amicably from his second wife after a shop they operated together went bankrupt. While these circumstances seemed gloomy, Paine fortuitously made the acquaintance of Benjamin Franklin in London in 1773. Impressed by Paine's self-education, Franklin encouraged the young man to venture to America where he might prosper. Arriving in Philadelphia in 1774, Paine quickly found himself energized by the volatile nature of Revolutionary politics. Working as an editor of Pennsylvania Magazine, Paine found a forum for his passionate radical views. In the years that followed, Paine became increasingly committed to American independence, and to his conviction that the elitist and corrupt government that had ruled over him in England had little business extending its corrosive colonial power to the States. Moved by these beliefs, Paine published Common Sense (1776), a test that proved invaluable in unifying American sentiment against British rule. Later, after joining the fray as a soldier, Paine penned the familiar lines in "The American Crisis": "These are the times that try men's souls." Fifteen years later, Paine wrote his other famous work, Rights of Man (1791). Drawing on his eclectic experiences as a laborer, an international radical politician, and a revolutionary soldier, Paine asserted his Lockeian belief that since God created humans in "one degree only," then rights should be equal for every individual. 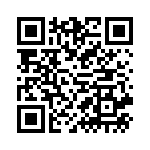