Page 166
The memory of the mendicant orders , introduced in the thirteenth century , is similarly preserved , and their names still linger in their ancient places of habitation . Opposite Bridewell , within the wall , which was enlarged to ...
Page 170
... lived the Bigods and Mowbrays , Earls and Dukes of Norfolk , after their removal from the site of Norfolk Row , Lambeth ; and the house of the Earl of Worcester , in the fifteenth century , occupied the present Worcester Place .
Page 174
Tower Royal , explained by Stow as pertaining to kings of this realm , ' is described by Mr. Riley as a street built in the thirteenth century by the merchants of the Vintry , who imported wine from the town of La Réole , near Bordeaux ... 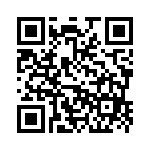