Page 48
And the question broadly put might seem to be , whether 30 , 40 , or 50,000 men , under any leader , even if Alexander , Napoleon , and Hannibal were fused into one , in the person of an octogenarian Austrian general , could conquer ...
Page 63
Austrian Proposals : May , 1848 . ... That mediation was accordingly invited by Austria . ... Austria declared her readiness to make peace on the terms of giving up the whole of Lombardy - first , to a separate ad- ministration under an ...
Page 190
However only have been her right but her policy to do so . aggrieved Prussia might have felt . she could not , with any show of reason , have objected to Austria playing with success the game she had herself attempted and failed in . 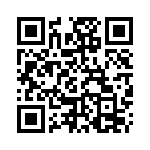