Page 82
It is well foliated and crenulated and dominated by an assemblage of quartz ,
mica and magnetite with porphyroblasts of andalusite , chloritoid , garnet ,
staurolite and kyanite . The Dhalbhum Formation is represented by a thick pile of
phyllite ...
Page 195
and consists of quartz , microcline , comparatively less plagioclase , garnet ,
biotite and opaques . The pink coloured banded migmatite granite gneisses
consists of quartz , plagioclase , little garnet and variable amount of biotite .
S60W and 80 ...
Page 206
Garnet , sillimanite , topaz , tourmaline etc were observed in nonmagnetic heavy
fractions . Garnets are mostly pink variety . A few red garnets were recovered .
Some pale yellow and lilak garnets were also observed . Twenty garnet grains ...

35 other sections not shown 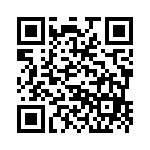