At the heading to this book is the title THE ALIEN ANTECEDE this is book which I wrote and I take offence that it heads a title story that has no bearing on my book Please remove this article. Anthony R Davis Pen Name Antony R Davis

Shaun Gallagher is Professor and Chair of Philosophy and Cognitive Sciences at the University of Central Florida and Research Professor of Philosophy and Cognitive Science at the University of Hertfordshire. He is the author of How the Body Shapes the Mind (2005) and co-editor of Does Consciousness Cause Behavior? An Investigation of the Nature of Volition (2006).

Dan Zahavi is Professor of Philosophy and Director of the Center for Subjectivity Research at the University of Copenhagen. He is the author of Subjectivity and Selfhood (2006) and Husserl's Phenomenology (2003). 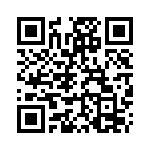