The Raven is a legendary poem, but within the other poems included are more words that will ring with great familiarity. Beautifully flowing poetry from an iconic author. Read full review

The way the poem flows is beautiful. It makes you want to keep reading. And the illustrations are gorgeous. A dark poem about a man who has lost his love, Lenore. He hears someone knocking at his ... Read full review

Page iii - And the silken, sad, uncertain rustling of each purple curtain Thrilled me— filled me with fantastic terrors never felt before; So that now, to still the beating of my heart, I stood repeating, "* Tis some visitor entreating entrance at my chamber door, Some late visitor entreating entrance at my chamber door: This it is and nothing more.
Appears in 760 books from 1803-2008
Page xi - Open here I flung the shutter, when, with many a flirt and flutter, In there stepped a stately Raven of the saintly days of yore. Not the least obeisance made he ; not...
Appears in 735 books from 1832-2008
More
Page xxxi - Be that word our sign of parting, bird or fiend!' I shrieked, upstarting 'Get thee back into the tempest and the Night's Plutonian shore! Leave no black plume as a token of that lie thy soul hath spoken! Leave my loneliness unbroken! - quit the bust above my door! Take thy beak from out my heart, and take thy form from off my door!
Appears in 722 books from 1803-2008
Page xxxiii - And the Raven, never flitting, still is sitting, still is sitting On the pallid bust of Pallas just above my chamber door; And his eyes have all the seeming of a demon's that is dreaming, And the lamp-light o'er him streaming throws his shadow on the floor; And my soul from out that shadow that lies floating on the floor Shall be lifted— nevermore!
Appears in 903 books from 1803-2008
Page xxv - Then, methought, the air grew denser, perfumed from an unseen censer Swung by seraphim whose foot-falls tinkled on the tufted floor. "Wretch...
Appears in 694 books from 1832-2008
Page xiii - Then this ebony bird beguiling my sad fancy into smiling, By the grave and stern decorum of the countenance it wore, "Though thy crest be shorn and shaven, thou," I said, "art sure no craven, Ghastly, grim, and ancient Raven wandering from the nightly shore : Tell me what thy lordly name is on the night's Plutonian shore!
Appears in 697 books from 1803-2008
Page xvii - But the raven, sitting lonely on the placid bust, spoke only That one word, as if his soul in that one word he did outpour. Nothing further then he uttered - not a feather then he fluttered Till I scarcely more than muttered, 'Other friends have flown before On the morrow he will leave me, as my hopes have flown before.
Appears in 627 books from 1803-2008
Page xxi - But the Raven still beguiling all my sad soul into smiling, Straight I wheeled a cushioned seat in front of bird and bust and door; Then, upon the velvet sinking, I betook myself to linking Fancy unto fancy, thinking what this ominous bird of yore, What this grim, ungainly, ghastly, gaunt and ominous bird of yore Meant in croaking "Nevermore.
Appears in 626 books from 1832-2008
Page vii - or Madam, truly your forgiveness I implore; But the fact is I was napping, and so gently you came rapping, And so faintly you came tapping, tapping at my chamber door, That I scarce was sure I heard you" — here I opened wide the door; Darkness there and nothing more.
Appears in 699 books from 1832-2008
Less 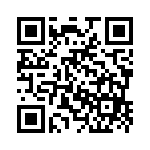