Page 205
these wonderful originals , called in the sacred scriptures the Cherubim , which were sculptured and painted on walls of Temples , Towers , Cities , Palaces , and erected in the highly cultivated states of Egypt , Moab , Edom , Aram ...
Page 403
It was once a common theory that all heathen religions were heresies from the original Jewish religion . To Blake , Religion was Art , and therefore all heathen art was perverted from true Inspiration , which was Christianity .
Page 419
Three of the Zoas have fallen ; Los does not seem to realize that he , the Fourth , is also fallen from his original station , when he was known as Urthona . 23:10 . My four mighty ones : his four principal sons ( Four Zoas , VIII .

49 other sections not shown 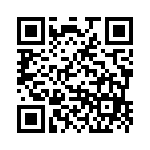