Daniel D. Hutto is Professor of Philosophical Psychology at the University of Wollongong and the author of Folk Psychological Narratives: The Sociocultural Basis for Understanding Reasons (MIT Press) and coauthor of Radicalizing Enactivism: Basic Minds without Content (MIT Press). 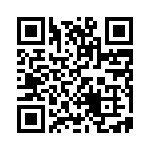