The internal political system of the United states, or of any other nation for that matter, is of little consequence to Paul Kennedy in his treatment of WWI. The rise and fall of the Great Powers with ... Read full review 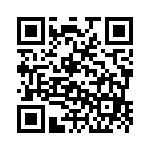