Page 190
No notice has been taken of this periodical for some time , because it appeared
that all argument with it on the ordinary plan , which supposes something of
decency and something of candour , was out of the question , and because it was
very ...
Page 207
The following notice may be found in “ Wheatley on the Common Prayer Book : " -
" On February 5th , A . D . 1638 , Archbishop Sancroft ( who was himself one of
the reviewers of the liturgy , and was principally concerned in revising the ...
Page 400
I did but notice the fact that they made none . I believed this to be a point
universally conceded . Nor can I now believe that Mr . King seriously means to
call it into question . But as Mr . King thinks proper to notice my letter , why does
he still ...
Page 442
Clauses 1 and 2 take away the necessity for the publication of banns ; and
substitute for that publication a notice to the registrar of the district , which notice ,
by subsequent clauses , is directed to be given in cases of marriage by licence
also ...
Page
45 , & c . , does hold " the Lord ' s day to be of divine obligation , and does
consider it binding on Christians by virtue of the Scripture notices concerning it ;
that , so far from the denial of that observance ' being precisely one of the tenets '
held ... 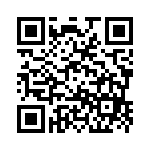