Page 131
Mick Harrison , an Australian , drew the short straw . Two others , including
Howell , agreed to attempt to keep the guards occupied and the other two were
posted as look - outs . The warning for the Japanese approaching was to be a
rendition ...
Page 155
Then , almost 4,000 German paratroopers were killed and 2,000 injured , and
despite fewer Allied casualties ( 3,479 British , New Zealand and Australian
troops ) , the island fell.5 Crete was the last time the German army deployed large
...
Page 179
The Australians and Indians were mainly deployed against the Japanese , while
the Canadians , New Zealanders and South Africans were deployed in Europe .
98 The Australian 9th Division had fought in Italy and was destined for Normandy
... 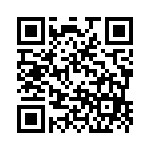