Page 431
Hui-ning and Hoi Ryong (42° 22' N and 129° 43' E) was a city on the T'u-men
River, which the Chinese in Ninguta used as their main market for trade with the
Koreans (LPCL 3, 4b). It was not located in Southeast Lanchou, Kansu, as
Fairbank ...
Page 437
In Korean documents the term, Ta-kuo, "the Great Empire," was reserved for
China. Another term, Shih-ta, "to serve the Great Empire, " was used to explain
Korea's relationship as a vassal-state. Although she might enjoy autonomy ,
Korea had ...
Page 592
When the Korean king, Cheng-tsu, died his queen, Chin (Kim), served as regent
and was hostile to the Western religion. With the support of the anti-Christian
party, she authorized the persecution of Catholics. They were denounced as a ... 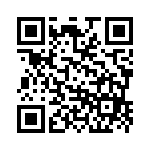