Nationalism and the nation-state are fairly recent phenomena, dating to the 1500s. How did they come together and how has the idea of nationalism been perpetuated in the modern era? Anderson sees the ... Read full review

An essential read in comparative and global politics, yet deeply flawed due to significant disregard for the importance of ethnicity and culture without strong evidence to do so. Read full review

Benedict Anderson was Aaron L. Binenkorp Professor of International Studies Emeritus at Cornell University. He was Editor of the journal Indonesia and author of numerous books including A Life Beyond Boundaries, Java in a Time of Revolution, The Spectre of Comparisons: Nationalism, Southeast Asia, and the World and The Age of Globalization: Anarchists and the Anticolonial Imagination. 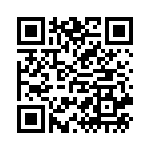