Page 98
Similarly , when Hart Crane , describing the earth as seen from an airplane ,
spoke of “ nimble blue plateaus , ” he attributed the airplane's motion to the earth .
Paradox occurs in a statement that at first strikes us as selfcontradictory , but that
is ...
Page 101
But , tree , I have seen you taken and tossed , And if you have seen me when I
slept , You have seen me when I was taken and swept And all but lost . 8 12 That
day she put our heads together , Fate had her imagination about her , Your head
...
Page 190
... just seen in the example by Dylan Thomas , the other fixed forms mentioned
are those of French courtly verse . For a ballade , see Chaucer's “ Complaint ” ( p
. 292 ) . For a rondeau ( so called , though it is not one strictly according to the ... 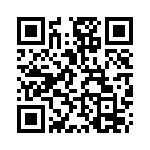