Page 8
The question remains , however , as to the premises on which these project in the
field of comparative philosophy , poetics and literature are made . In direct
opposition to the stated intent of the sinologists who have worked hard to
compare ...
Page 12
( Cf. here , inter alia , Angus Graham , “ Being ' in Western Philosophy Compared
with Shi / Fei and Yu Wu in Chinese Philosophy , ” Asia Major 7 ( 1959 ) : 79–112
. and Haun Saussy , The Problem of a Chinese Aesthetic , 7 ff . ) The fallacy , it ...
Page 147
Due to its philosophical depth and the easy access to its thoughts , however , this
book of rules of warfare has appealed also to readers outside the battlefield , and
thus claimed its place among the classics of Chinese philosophy . Hence , the ... 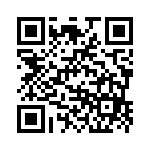