Page 7
In this respect , a taste in the fine arts goes hand in hand with the moral sense , to
which indeed it is nearly allied . Both of them discover what is right and what is
wrong . Fashion , temper , and education , have an influence upon both , to vitiate
...
Page 183
cern for Gildippe , is agitated betwixt the two different objects . The poet *
describes him endeavouring to gratify both at once , applying his right hand
against Soliman the object of his resentment , and his left hand to support his wife
the object ...
Page 289
But in describing at second hand , these are laid aside , and the capital objects
are brought close together . A judicious taste in selecting , after this manner , the
most interesting incidents to give them an united force , accounts for a fact which
... 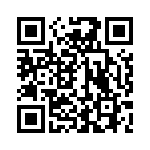