"The hidden true life and the open false one trying to co-exist peacefully" By sally tarbox on 10 April 2017 Format: Kindle Edition A readable but forgettable novel set in 1980s Singapore. When Yin ... Read full review

Catherine Lim grew up in Malaysia but lives and works in Singapore where she lectured in Applied Linguistics before turning to writing full time. She has published seven collections of short stories (two of which have been used as GCSE texts by Cambridge University), three novels, a book of poems and hundreds of articles. 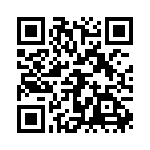