Page 4
of the Foreign Office , whilst Lord Curzon remained in London to transact its current business , Mr. Lloyd George had a colleague whose philosophic detachment was an antithesis but seldom a counterpoise to the Premier's mercurial ...
Page 18
It is certainly not met by the two documents which Lord Birkenhead disclosed in the House of Lords in order to shuffle off responsibility on to Lord Curzon . That boomerang has recoiled on to his own head and Mr. Lloyd George's .
Page 413
F. H. , Belief and Creed , 71 Birkenhead , Lord - and Ireland , 156 Bismarck , Prince , 304 Bock , Hieronymus , III Bolshevism - Mr . Lloyd George's policy discussed , 12 , et seq . Bonar Law , Mr. A. - policy , 197 , et seq .

24 other sections not shown 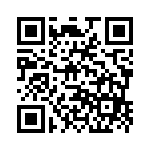