Alan Warren is Lecturer in History at Monash University. He is the author of Waziristan: the Faqir of Ipi and the Indian Army. 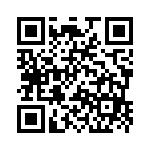