Page i
Cossetti's ( Christina ) Selected Poems . Ruskin's Sesame and Lilies . Ruskin's The Crown of Wild olive and Queen of the Air . Scott's Ivanhoe . scott's Kenilworth . scott's Lady of the Lake . scott's Lay of the Last Minstrel .
Page xix
Three years later his second volume appeared , containing among others the author's two best - known productions , “ The Task ” and “ The Diverting History of John Gilpin , ” both of which were inspired by Lady Austen , a fascinating ...
Page 42
... and lamed the deer , And sucked the eggs , and killed the pheasants . My lady heard their joint petition , Swore by her coronet and ermine , 50 She'd issue out her high commission To rid the manor 42 GRAY'S POEMS.
Page 44
... Owned that his quiver and his laurel ' Gainst four such eyes were no protection . 95 The court was sate , the culprit there , Forth from their gloomy mansions creeping , O The lady Janes and Joans repair , And from 44 GRAY'S POEMS.
Page 45
O The lady Janes and Joans repair , And from the gallery stand peeping : 100 Such as in silence of the night Come ( sweep ) along some winding entry , ( Styacko has often seen the sight , ) Or at the chapel - door stand sentry .
Next » 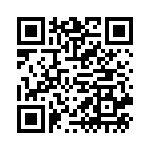