NOT AS CRAZY AS I SEEM

This was a quick, entertaining read. **SPOILER** I liked how the book managed to end on a positive note, without going completely "happily ever after" on me. Read full review

George Harrar is the author of several novels and numerous short stories, one of which was chosen for the 1999 edition of The Best American Short Stories. Harrar lives in Wayland, Massachusetts, with his wife, Linda, a documentary filmmaker. 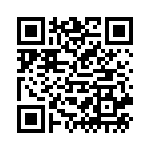