Page 131
the superintending engineer to the lowest gate - keeper , amount- ing to more than 700 individuals , the great bulk of whom have been brought from a distant part of the country , -have become objects of favour and patronage , and are ...
Page 508
... preten- sions in favour of his second son ; -the Emperor , in favour of the Archduke Charles , the Dauphin , in favour of Philip Duke of Anjou . Soon after the peace of Ryswick , William the Third and Lewis the Fourteenth determined ...
Page 1
Claims in favour of Haerlem . Decision in favour of Gutenberg , Schoeffer , and Fust . Brief view of the Rise , Progress , and Diffusion of the Art in Europe in the fifteenth , sixteenth , and seventeenth centuries . 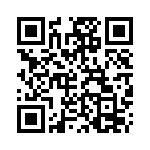