Page 34
They appeared in folk literature such as pinghua and plays . The Eight Immortals are named Han Zhongli , Zhang Guolao , Han Xiangzi , Li Tieguai , Cao Guojiu , Lan Caihe , He Xiangu , and Lü Dongbin . Of these only Han Zhongli , Zhang ...
Page 51
An abstract leaf design consisting of small circles clumped together was always painted on the tops of rocks , but never appeared on trees ( pl . 24 , 25 , 31 , 32 , 43 , 64 ) . This pattern was popular in both the Chongzhen and Kangxi ...
Page 66
... to make an appearance during the Song dynasty , and reached its zenith in the sixteenth and seventeenth centuries . ... such divisions as love stories , ghost stories , crime stories , and stories of chivalry appeared to dominate . 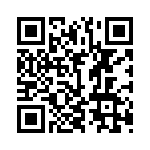