I am glad I read most of Rorty's other books before reading this one. Even now, I understand little of the the philosophical disputes that shape this book--analytical philosophy, language philosophy/philosophy of language, the "linguistic turn". Read full review 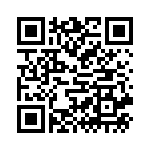