Page 71
This gentlemen was for many years a writer to the Signet of Scotland , and about
six years ago be commenced The Edinburgh Evening Post , of which he
continued proprietor till November , 1809. He afterwards purchased the
Edinburgh ...
Page 73
The sun continued shining on the southern side , though very obliquely until the
following December , 1 d . 20 h . , when the edge of the solar disc , to an observer
on the globe of Saturn , touched the southern plane , and emerged above the ...
Page 110
It also manifestly presaged the revocation of the edict of Nantz , and the cruel
persecution of the Protestants by the French king , Louis XIV .; and which was
afterwards followed by those terrible wars which , with little intermission ,
continued to ... 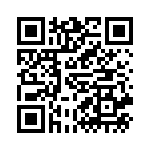