Page 8
He and the other lembaga of the district , meeting as a council , had a measure of
control over the district chief , who in matters such as punishment of crimes , and
making treaties , shared his powers with them — a frequent source of dispute in ...
Page 23
of the minor Ulu Muar district . At Sri Menanti Melewar exercised some direct
authority — but not without occasional dispute over the minor chiefs of a group of
small inland districts , Ulu Muar , Terachi , Gunong Pasir , Gemencheh , Jempol
and ...
Page 126
village headman ( ketua kampong ) , sub - district head ( penghulu mukim ) ,
district officer ( with Malay assistants ) and Resident . Thirdly , there was Islam ,
represented at district level by a kadhi subject to the ruling chief as temporal
head of ... 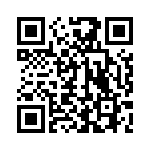