Page 160
He sailed for America , where he published in 1776 the pamphlet " Common Sense , a history of transaction that had led to the war with England , and in 1776–1783 a series of pamphlets " The Crisis " encouraging resistance to England .
Page 202
what this tank was for ; and why all these horrible holes and hiding places at an expense of millions upon millions Let this scene be brought and placed under the eyes of the people of England , and let them be told that Pitt and Dundas ...
Page 235
ENGLAND IN 1819 An old , mad , blind , despised , and dying kingPrinces , the dregs of their dull race , who flow Through public scorn - mud from a muddy spring - Rulers who neither see , nor feel , nor know , But leech - like to their ... 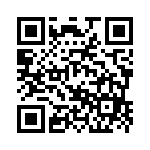