Thomas Nelson Page was born on April 23, 1853 at Oakland, the family plantation in Hanover County, Virginia. He attended Washington College (now Washington and Lee) but left before he completed his degree. He later attended the University of Pennsylvania as a law student for a year and eventually received his law degree from the University of Virginia. He became a lawyer, a practice he eventually gave up to become a writer. In 1913, he was appointed by President Woodrow Wilson as Ambassador to Italy where he served six years. The primary setting for his works was his home state, Virginia. His titles include "In Ole Virginia," "Old South," "Red Riders," "Negro, the Southerners" and "Social Life in Virginia." He died on November 1, 1922 in Virginia. 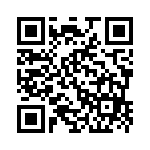