Page 28
As questing hero , Oedipa Maas is concerned to discover a central symbol called the Tristero ; and since her perspective is the only one the book offers , there is less overt suggestion of alternatives to a quest for a terminal ...
Page 79
As the narrative proceeds , the hypothesized Tristero assumes more definition , until it is relatively clear what kind of thing it is that Oedipa expects to find . But this clarity is subversive . As the Tristero acquires shape — as it ...
Page 83
By manipulating such evocative moments , Pynchon is able to make the Tristero the form of a final , apocalyptic message without ever suggesting what the content of this message might be . “ Is this the promis'd end ? 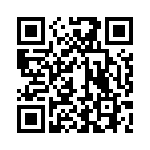