Page 97
Phenomena which seemed unnatural , such as eclipses of the sun , comets ,
meteors , earthquakes , avalanches , floods , droughts , locusts , famines ,
epidemics , fires , the unseasonable behaviour of plants , monstrous births
among people ...
Page 99
We can be certain that the central list only recorded " unnatural " phenomena
which had become portents through memorials . It did not catalogue " unnatural ”
phenomena in their own right , as for instance , all solar eclipses , all floods , all ...
Page 100
phenomena into his central list unless they had been memorialized as portents .
24 ) 25 ) 1 While , so far , I have found myself in disagreement with Eberhard ,
and will again be later , I stand corrected on one important point : I should in my ... 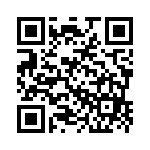