Page 19
tually Lovelace's martial heroism had little , if anything , to do with his
imprisonment , though both poems become the type of expression of the Cavalier
dilemma after the defeat of the king's cause . Much imitated , “ To Althea "
asserted the ...
Page 123
He studied at Eton and , briefly , at King's College , Cambridge . He claimed to
have sat for Parliament in 1621. In 1631 he married Anne Bankes , an heiress ,
though the marriage was contested by her guardians ; she died three years later .
Page 196
To the King I Awake , great sir , the sun shines here , Gives all your subjects a
New - Year ; Only we stay till you appear , For thus by us your power is
understood , He may make fair days , you must make them good . Awake , awake
, And take ... 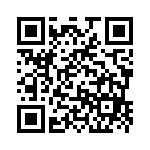