Page 64
Batteries of heavy guns were constructed that could cover likely landing zones
along the European coast . Heavy guns captured in the ... Along the coastal zone
, “ resistance nests ” were situated along vulnerable beaches . Machine guns ...
Page 66
American forces would land on beaches codenamed Utah on the Cotentin
Peninsula and Omaha on the coast of Normandy . The British and Canadians
would land at three other beaches ( Gold , Sword , and Juno ) on the coast of
Normandy .
Page 184
1st Lt. ROBERT C. HARGROVE , 01296853 ; his men pinned down in initial
assault on coast of France , exposed himself to intense enemy fire , reorganized
his platoon and led successful assault on enemy positions . Distinguished
Service ... 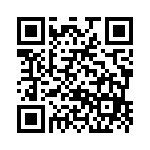