Page 161
I've seen coaches change , and my skating partners , and I must have been changing too , although the moment I began to give myself airs , Stanislav Zhuk took measures at once to put me down , and he asked my parents to do the same .
Page 163
the captain began , but Yev began to shake his head despairingly . " I saw them on the ship , ” Peter said suddenly . Everyone turned to him . Briefly he reported on the " apparition " . a tion , where a blue vein showed under the skin ...
Page 29
He grew agitated , took another troops made a breakthrough to wallow , and went on in a calmer the Oder , the group of SS - men one : guarding our camp began to “ Some 100 kilometres from shoot the inmates . But , as you Berlin , on the ... 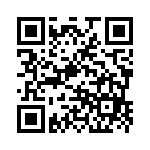