Page 64
Neither is laughter fully transformed as yet into mockery ; it still has a relatively
whole character and is related to the entire living process , to both of its poles .
The triumphal tones of birth and renewal can still be heard . Thus the abstract has
as ...
Page 91
Carnival ' s hell represents the earth which swallows up and gives birth , it is often
transformed into a cornucopia ; the monster , death , becomes pregnant . Various
deformities , such as protruding bellies , enormous noses , or humps , are ...
Page 211
Thus blood is transformed into wine ; ruthless slaughter and the martyr ' s death
are transformed into a merry banquet ; the stake becomes a hearth . Bloodshed ,
dismemberment , burning , death , beatings , blows , curses , and abuses — all ... 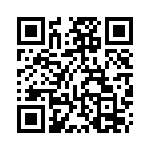