Mary Irish is the former director of public horticulture at the Desert Botanical Garden in Phoenix, Arizona. She has written extensively on dry-climate gardening, and is the coauthor (with her husband, Gary Irish) of Agaves, Yuccas, and Related Plants. A Texas native residing in Arizona, Mary received her master's degree in geography from Texas AM University. She is a regular contributor to several magazines, including Sunset, and teaches classes on the care and culture of agaves, cacti, and other desert shrubs and perennials as well as introductory classes for beginning gardeners. She once hosted a weekly Phoenix-based radio show called The Arizona Gardener, and has also helped produce several television programs about gardening. 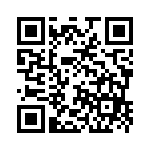